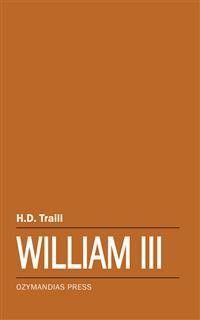 Biography & Autobiography History Genre not specified
Formats: epub
Add to Wish List In Wish List
Read a free sample
Description
Attributes
Reviews
Louis XIV., like other military malefactors before and since, was himself the creator of the enemy by whom his power was to be shaken to its foundations. His invasion of the United Provinces, an enterprise commenced with that contempt of public right in which no other potentate has ever equalled him, and prosecuted with that barbarity in which only Oriental conquerors have ever surpassed him, was the means of raising to power the one European foe by whom he was destined to be successfully withstood. The municipal party, unduly absorbed in the task of safeguarding the liberties of their country against the supposed ambitions of a single fellow-countryman, had wholly neglected the protection of its very existence against the known ambitions of a foreign aggressor. Most of their veteran troops had been disbanded; the greatest posts in their armies were in the hands of unskilled civilians; cities garrisoned with considerable forces of soldiery opened their gates and surrendered without firing a gun. Popular indignation rose high. Upon William, always a favourite among the commonalty, and the inheritor of a name ennobled not only by civil wisdom but by military exploits, all eyes were turned. An insurrection in his favour took place at Dort, and the magistrates of that city, intimidated by the clamour of the people, passed an ordinance repealing the perpetual edict, and made him Stadtholder. Other cities followed their example, and the States-General of the provinces confirmed their decrees. The two De Witts, John and his brother Cornelius, now the objects of popular suspicion and hatred, were assassinated in a street riot; and the people, as if inspired with new courage by the restoration of a Prince of Orange to a position from which princes of that name had so often led them to victory, turned fiercely upon their French invaders. Five thousand of Louis's troops were repulsed before Ardenburg by the bravery of no more than two hundred burghers, assisted by the women and children of the town, and one hundred garrison soldiers. The citizens of Groningen, aided by the spirited students of its university, defended themselves with equal vigour and good fortune against the warlike Bishop of Munster, at the head of 30,000 soldiers, compelling him to raise the siege. It was evident that a Dutch conquest was going to be no mere military promenade, as had first appeared to promise, and Louis thought it advisable to negotiate. To the chief of a state so desperately bested as were the United Provinces at that moment, the terms offered to William by the French monarch,—no less than the sovereignty of his country under the protection of England and France,—might well have appeared tempting. William rejected them with scorn. He would never, he said, "betray the trust of his country that his ancestors had so long defended." Solicitations addressed to him in the same sense by England met with the same reply. To Buckingham, who had pressed them upon him, and warned him that "if he persisted in his present humour he must unavoidably see the final ruin of his cause," he made the Spartan answer that he "had one way still left not to see that ruin completed, which was to die in the last dyke."
0
5
0 %
4
0 %
3
0 %
2
0 %
1
0 %